Norway - not so big either 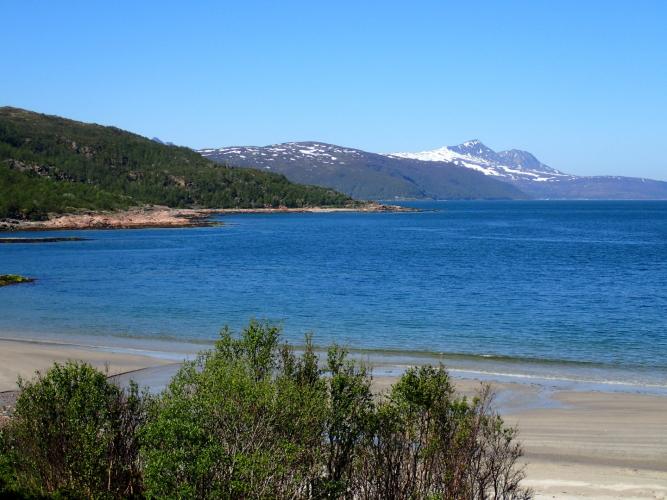 Norway, that seemed so big, but now seems smaller

As a kid, the forest at the end of our road seems to stretch away forever, Scotland was remote and undiscovered, and beyond required an imagination more fertile than the one I possessed. Britain - from my child’s eye view - was too big to know, and the planet too big to comprehend.

In 2015 I windsurfed round Britain. Not going for any records, just wanting to fulfil a personal ambition. Setting out one way and then 98 days later returning from the other. Far from being unknowable, Britain - it turned out - was snack sized.

So, when the book was nearly written and I was wondering what should come next, it didn’t seem unreasonable to consider a challenge composed of a few snack sized chunks. Russia’s Baltic Sea border to Black Sea border was proposed by a friend. But my eye drifted to Scandinavia: to Russia’s border with Norway. The western European mainland.

To sail the distance of that coastline is equivalent to five times round Britain. Europe is in fact a small place too.

And that is a message this expedition hopes to demonstrate. If it is possible to windsurf a continent, then our planet really is small. An oversized bubble, or goldfish bowl. Fragile. Requiring better care than it is currently receiving.

After a big 70nm day yesterday I’ve now nearly sailed the coastline of Norway. The near milestone crept up on me. I wasn’t looking – was focussing on the day to day, somewhat oblivious to the progress being made. Because progress doesn't have a bigger picture.

Which is why we need organisations that do. Our small planet needs custodians with a clear focus on the bigger picture. I’m blogging this adventure to promote that perspective, and raise some funds for WWF to actively pursue it.

Written from Arendal, south Norway, on a day off whilst my drysuit seals are being replaced.