Had a very restorative few days in Juan-les-Pins staying with Pablo and Shona. Got lots done. Proper repairs to deck of board that had suffered a bit of cracking and delamination as a result of me occasionally jumping on bits of 'deck furniture' - clips and the like. I did some writing. Eat lots of healthy and tasty food. Watched France win the World Cup. Aquapac very kindly and super speedily sent me out a replacement bag for the front load. After a couple of days use I'm delighted with it. The contents finish each day bone dry. It's light, simple and functional, nicely proportioned, and just excellent.

The heat and light winds makes for very tiring going. Upon restart, there was a bit of swell running on the sail past Nice to Monaco. A decent run of 18nm. I was looking to link up with Pablo again, but - by attempting to do things properly and notify accordingly, I was denied permission to sail in. Plan B worked out as sailing to a public beach and taking a pick up from there, which doesn't compromise the no on-water assistance principle.

Interesting place Monaco. Very grand archetecture. Three dimensional infrastructure that goes through the mountain it sits on. Traffic jams of Rolls Royces on the quay. Pleasantly quiet and tranquil by night. A nice fruit market by day. But what do you do at a place like this?

I didn't work that out, but can report that it's not great windsurfing territory! Yesterday I waited until afternoon for a breeze that never really came, then struggled against wind and chop for a painful 5 nautical miles to round the next headland. After recovering in the now flatter water I added another 3nm with the paddle, past Menton - looking very pretty in the evening sun, to a beautiful oasis of a beach under the railway arches, at last having reached ITALY.

Over came a friendly guy with a cup of prosecco, then the guys in the picture stepped in with a gintonic and offer of their beachhouse veranda to sleep on. Pablo also turned up by bike - my 6 hours toil took him about 30 minutes(!) - to deliver a strap I'd left onboard SY Ellen, and we finished the day the day all good days end: with pizza.

Today again hot and slow. Bored of light headwinds now. On the water I saw a Hobie cat catamaran far out at sea; judging by its movement either half sunk or just heavily laden. A while later we were exchanging our adventure plan: Giacomo and Francesco are sailing round Italy, having started this morning. I ended the day just past San Remo and was joined by the Hobie cat brothers shortly after. Good beer and company, and another pretty good camp spot. 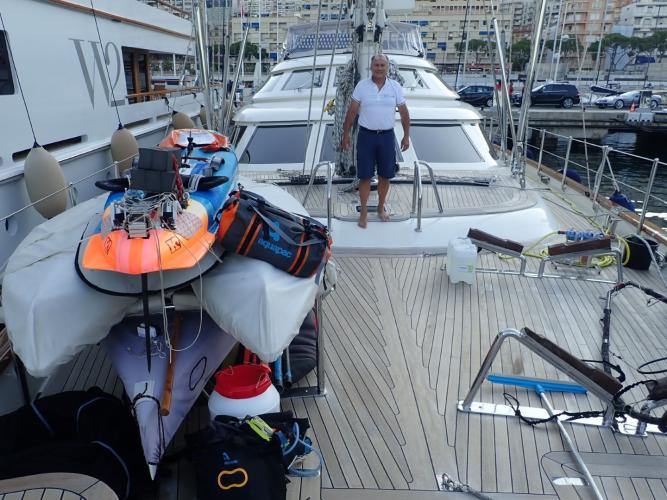 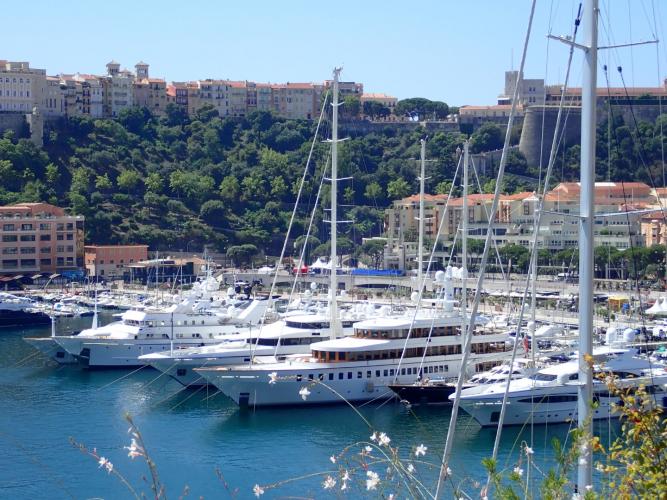 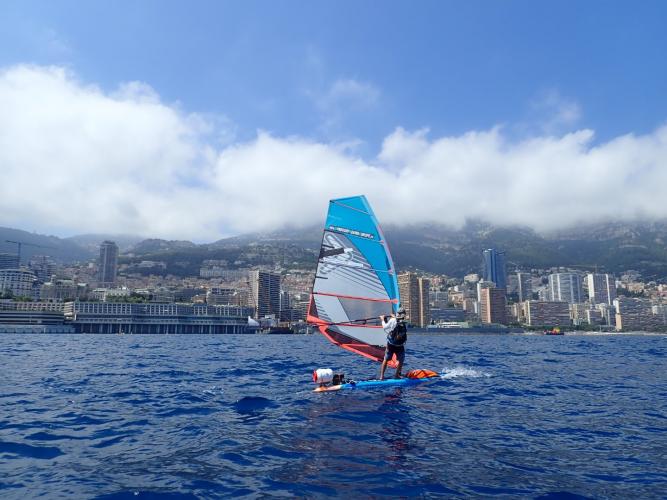 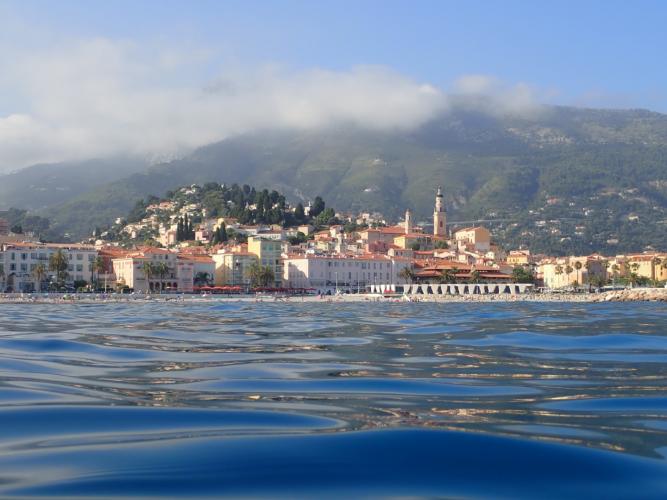 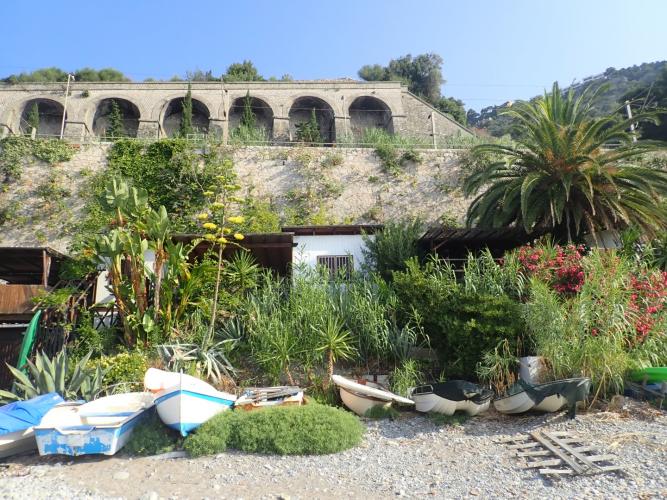 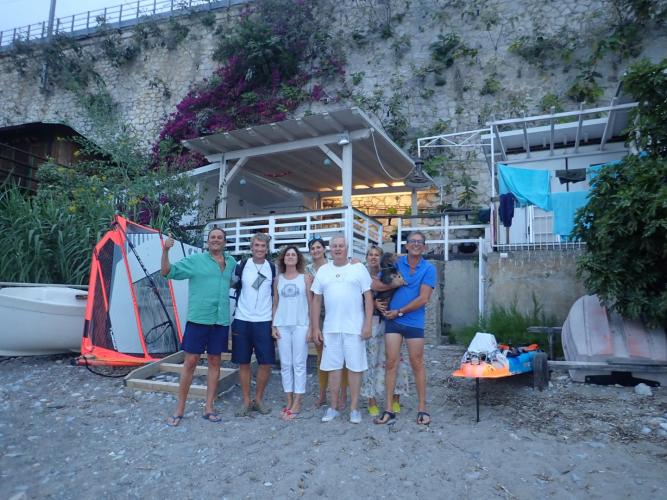 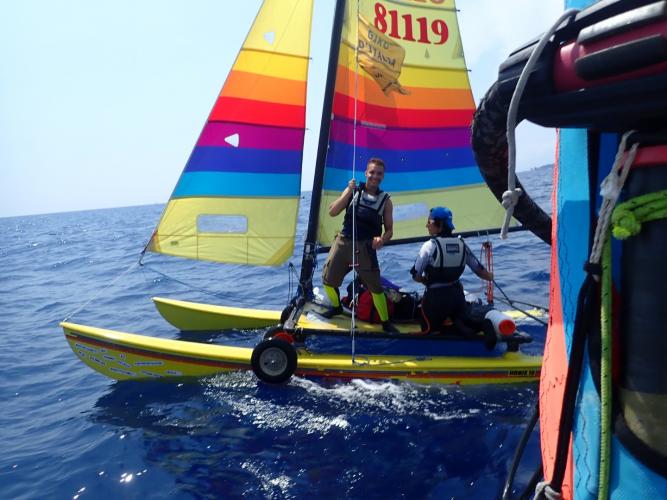